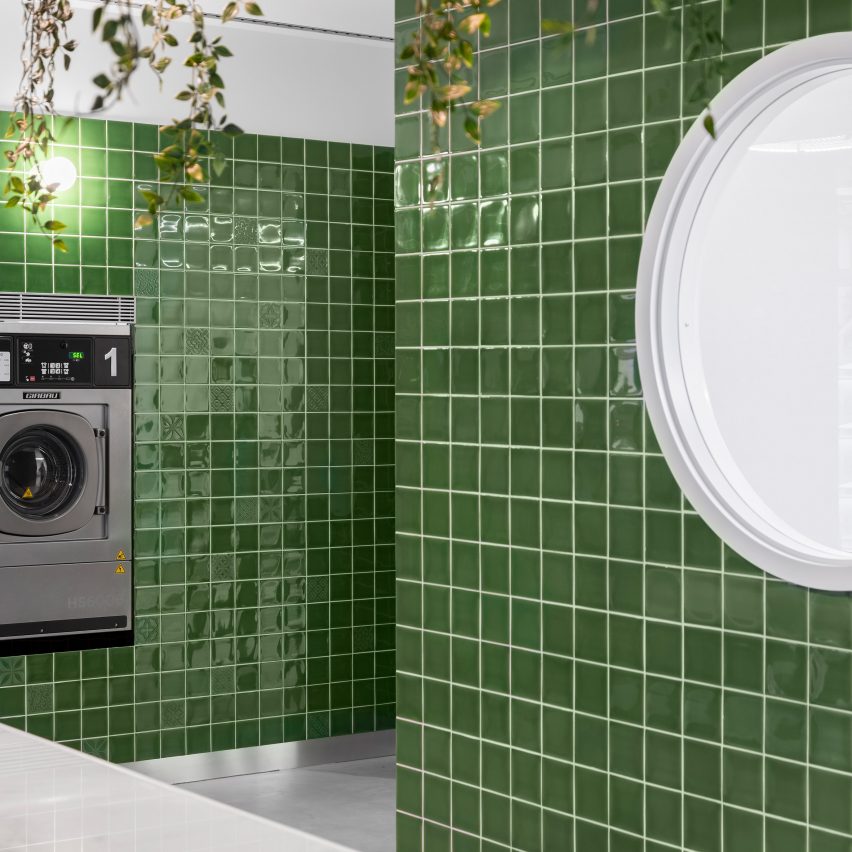 Design studio Stu.dere looked into traditional washing methods to create the interior of this laundrette in northern Portugal, which features marble and green-tile surfaces.

Located in the municipality of Amarante, Lavandaria Morinha is a laundrette that includes a service area for garment alterations, repairs, dry cleaning and ironing. 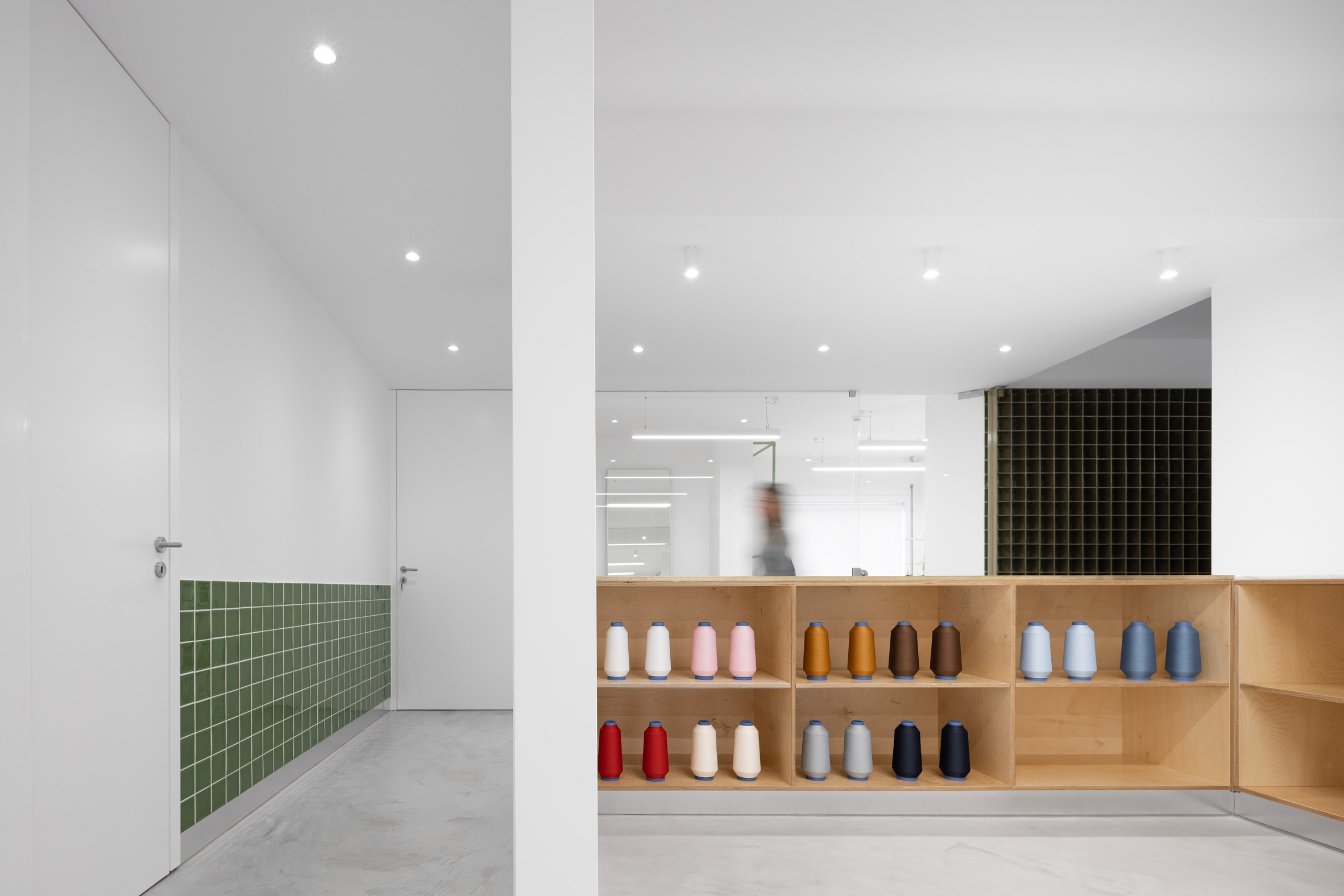 Although the space has a contemporary, pared-back aesthetic, Stu.dere were loosely inspired by washhouses – communal buildings where members of the public would wash their clothes, which were prevalent during the 17th and 18th centuries.

Water would be constantly channelled through the building from a nearby stream or spring. 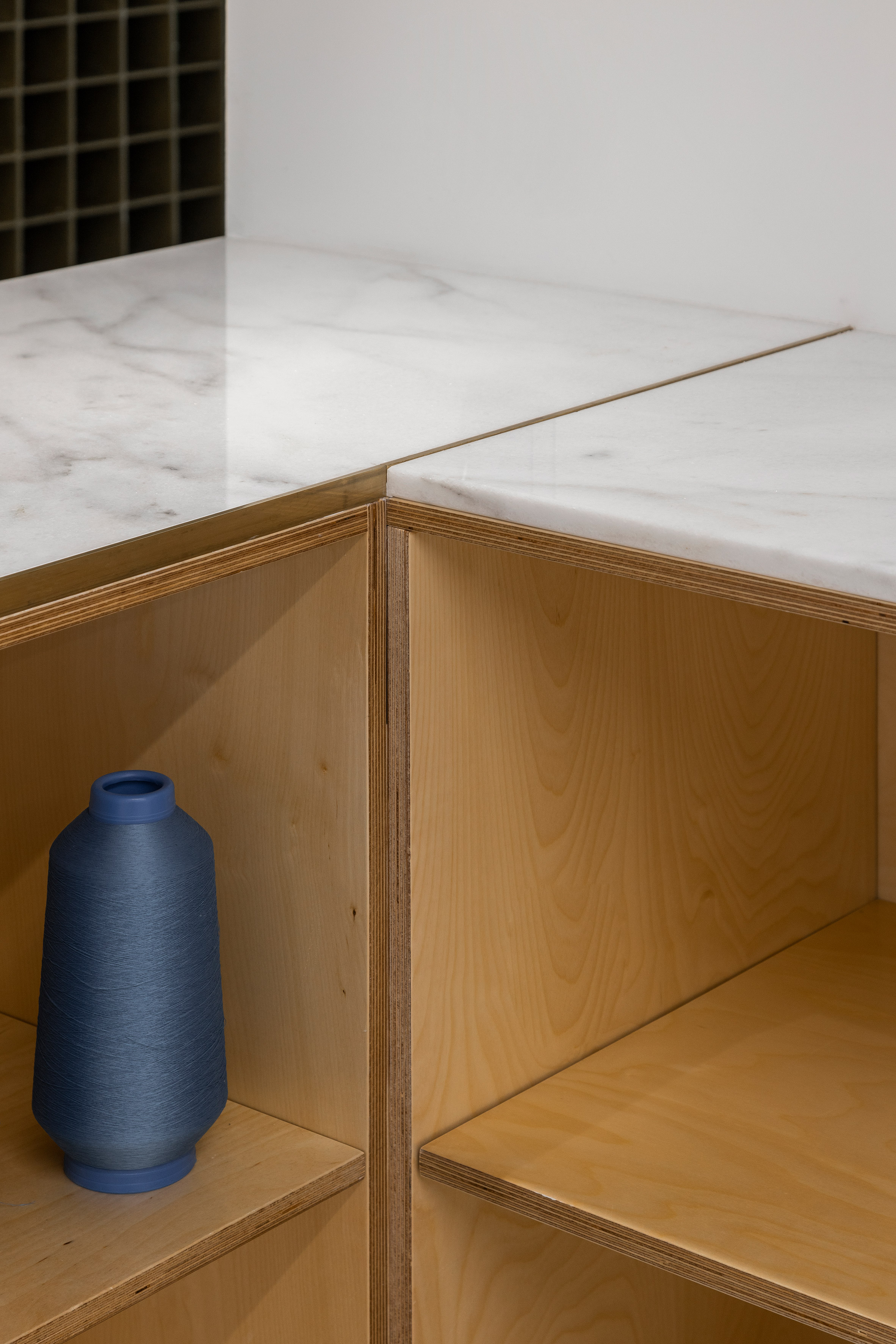 “These places not only allowed people to share public space and water, but they became a social gathering place and a meeting point for the community,” the studio told Dezeen.

“The aim was to create a harmonious, simple, yet elegant environment that would translate the duality between tradition and modernity, where people would feel comfortable using the space.” 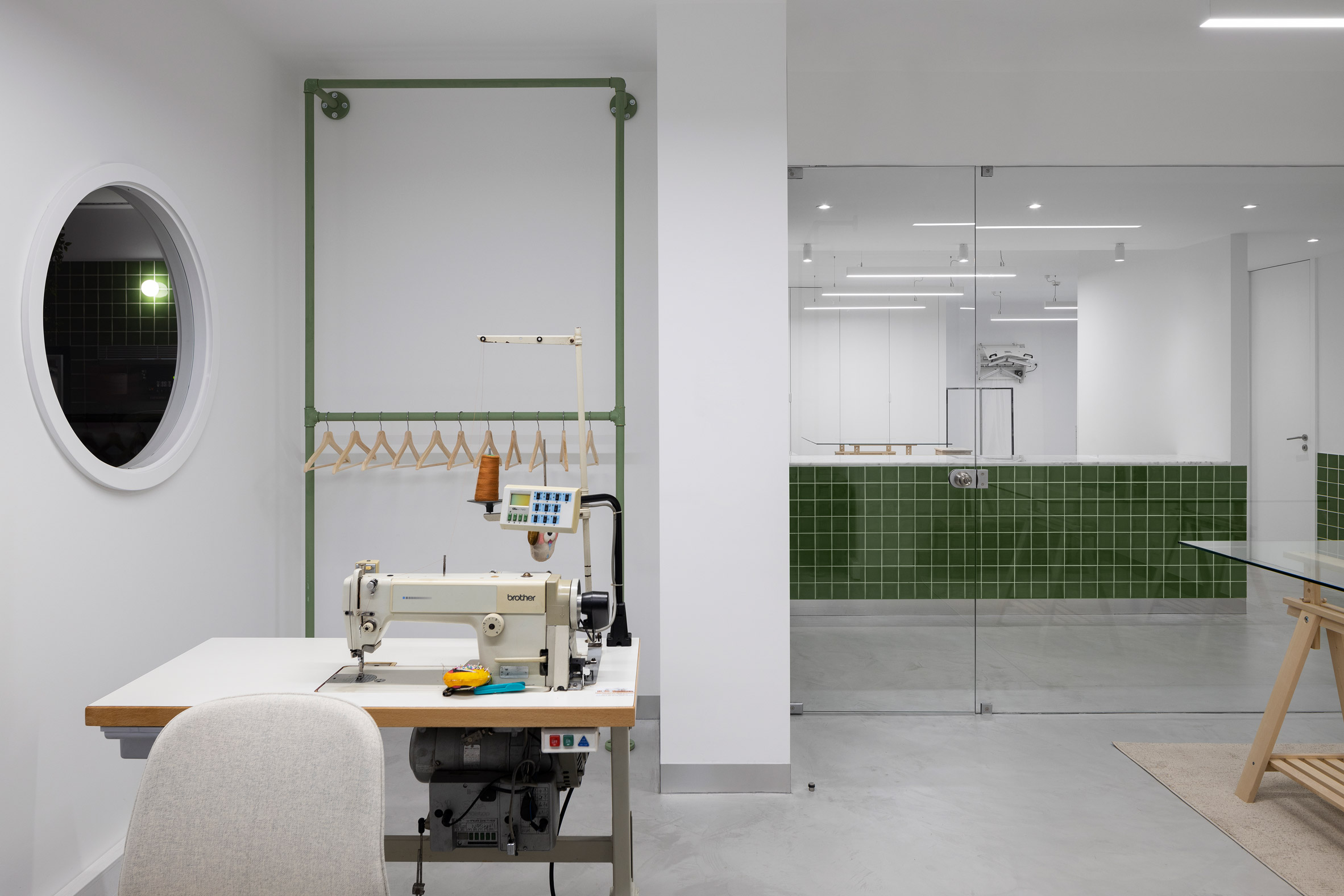 The service area lies towards the rear of the laundrette, anchored by a large L-shaped counter that stores spools of thread.

Wood lines the inner shelves of the counter, while the surfacetop has been crafted from white marble. 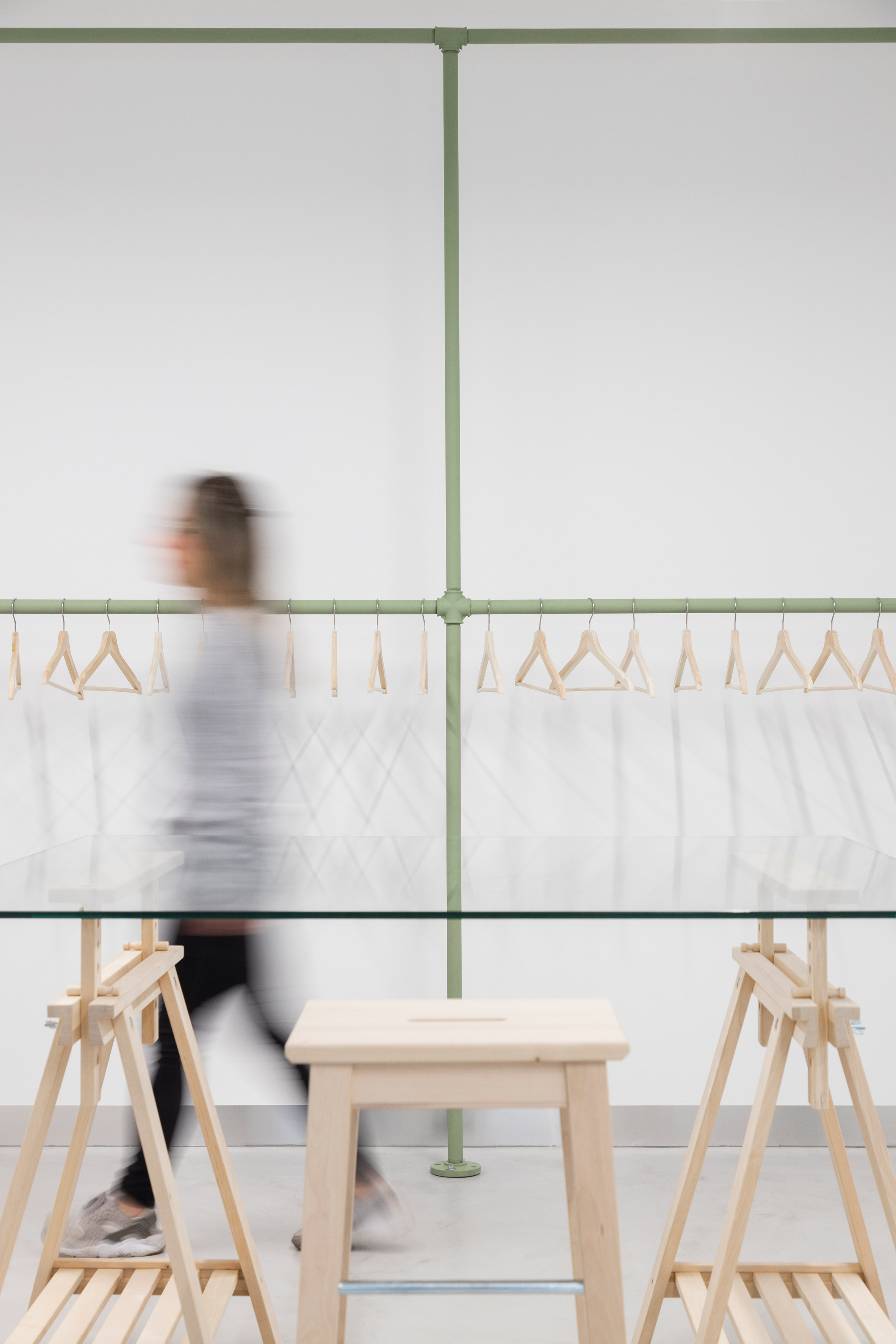 This material was purposefully selected by the studio to echo the blocks of stone in wash houses against which people could slap wet items of clothing to get rid of dirt. 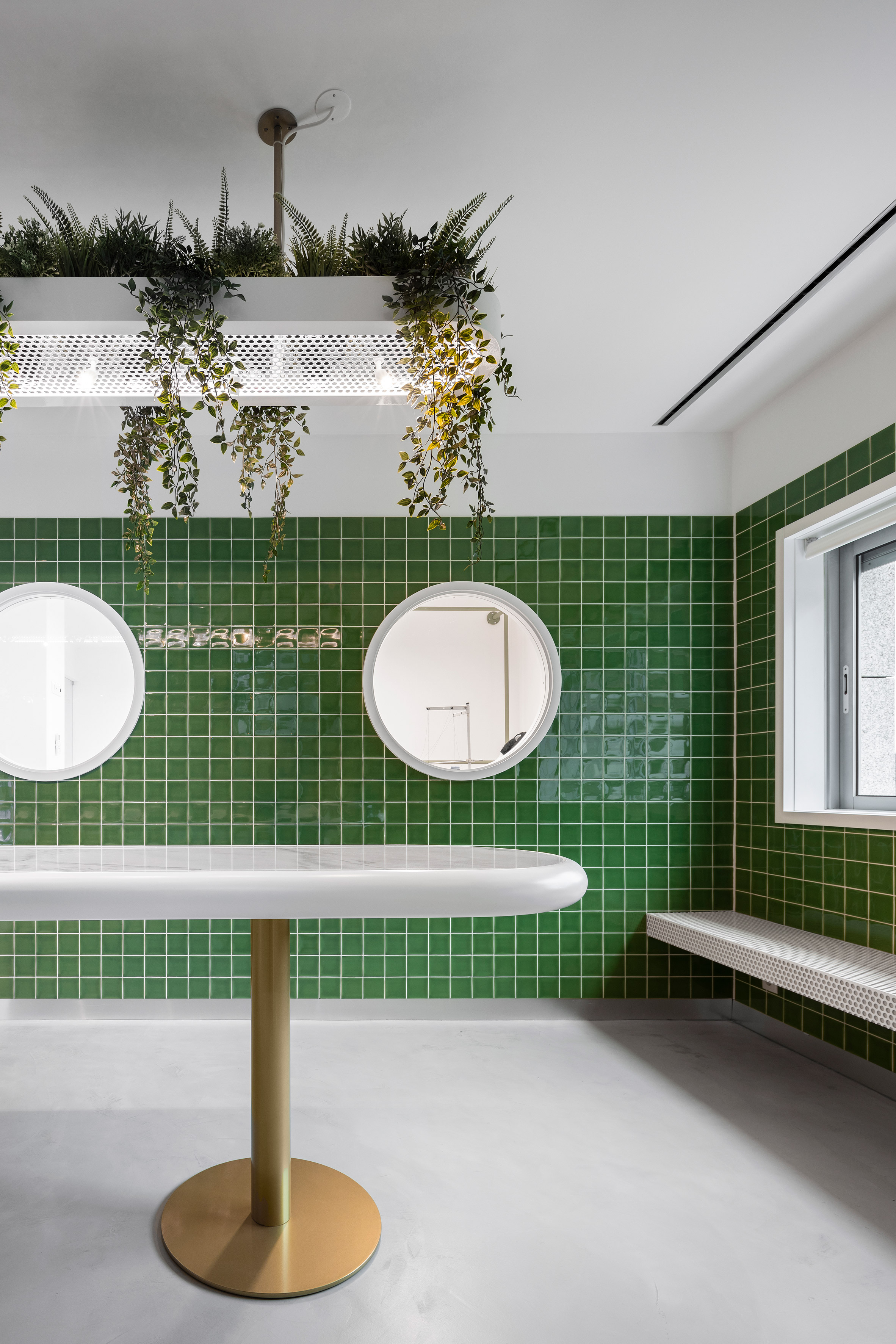 Marble appears again in an adjacent waiting room. The stone has been used to make a central high-table that’s supported by cylindrical brass legs.

A planter spilling over with greenery has also been suspended from the ceiling. 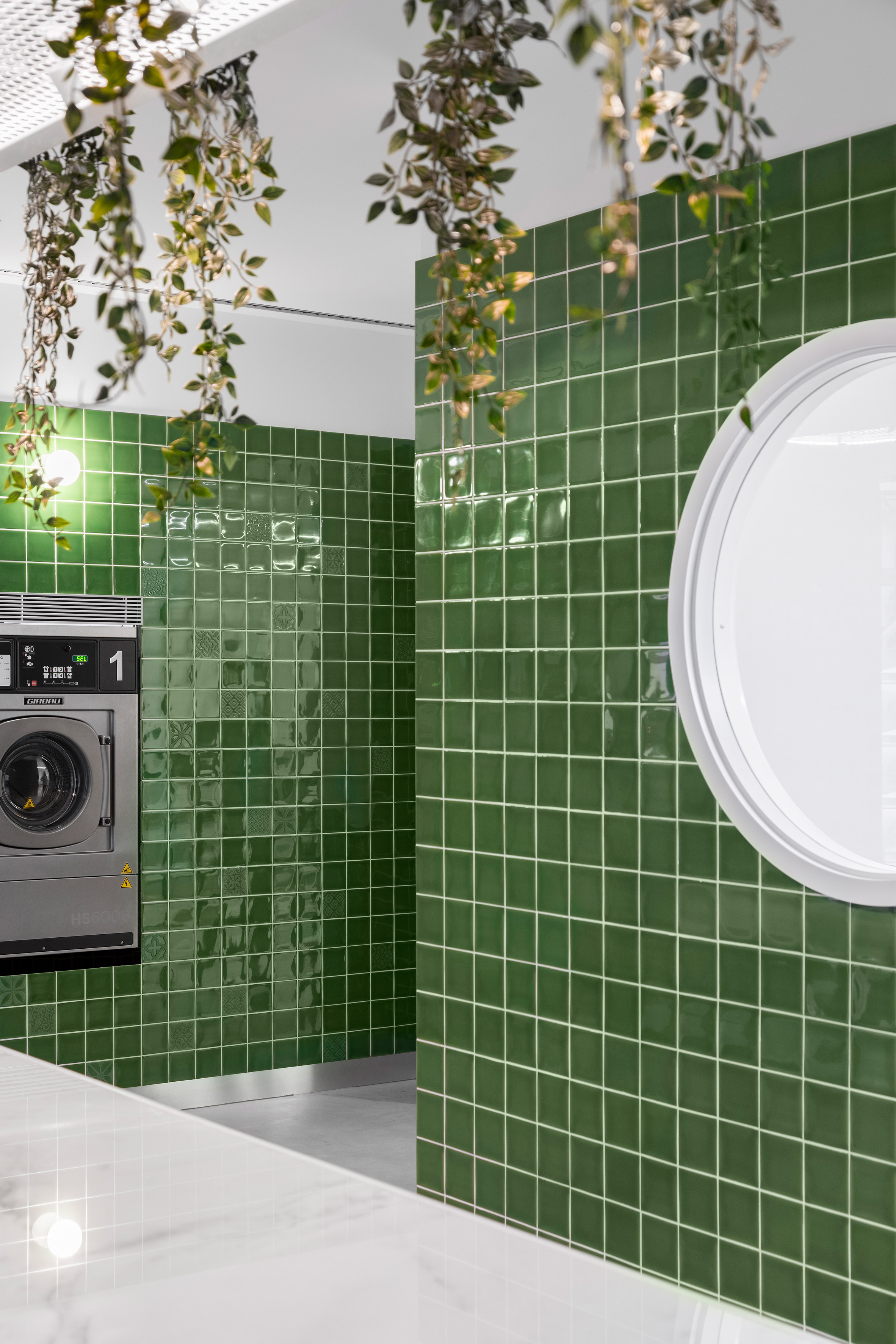 In contrast to the largely white-painted service area, surfaces in the laundrette have been clad in green glazed tiles. Micro cement has also been poured across the floors.

“Green, being a colour associated with water, also aims to provide a feeling of freshness and cleanliness,” added the studio. 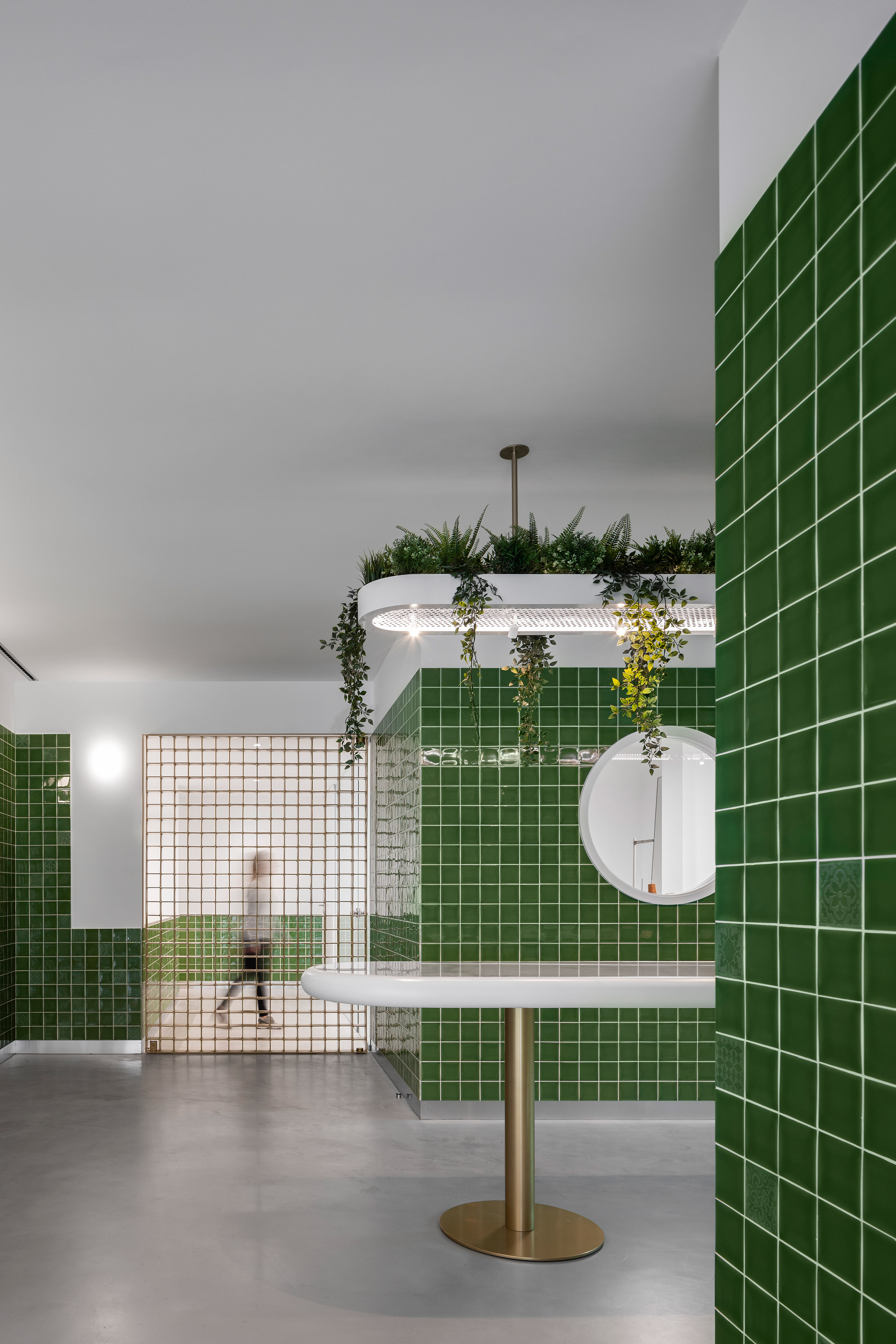 Washing machines line the laundrette’s entryway. They sit close to a row of marble tables and timber chairs where visitors can relax while they wait for laundry to be done.

Here a vending machine with snacks and drinks has been inset into the wall, beside a red neon sign that states the laundrette’s name. 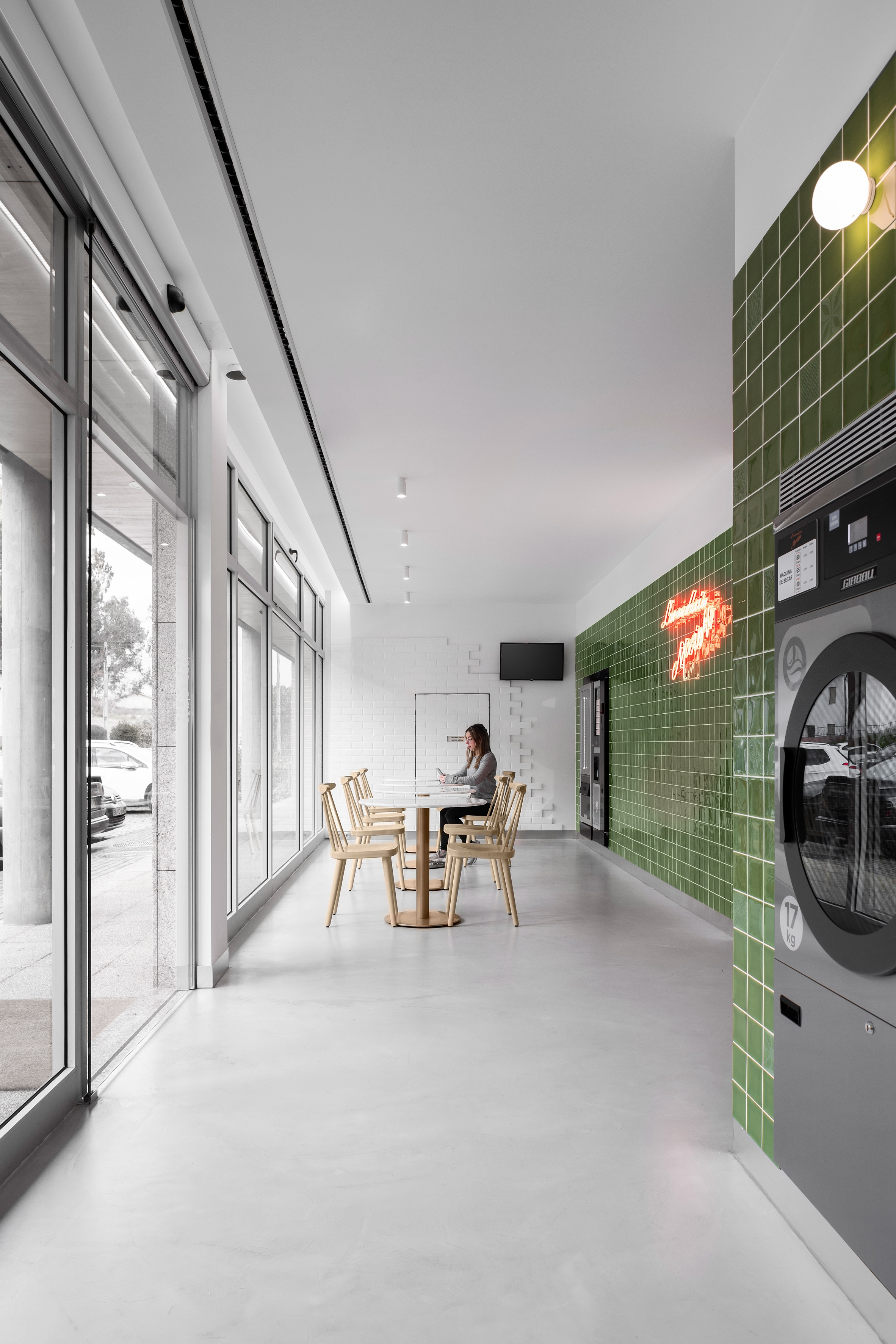 Dotted throughout the space are a handful of porthole windows that mimic the shape of a washing machine drum.

The gridded metal door that leads to the service area is also meant to reflect the formation of the tiles across the wall. 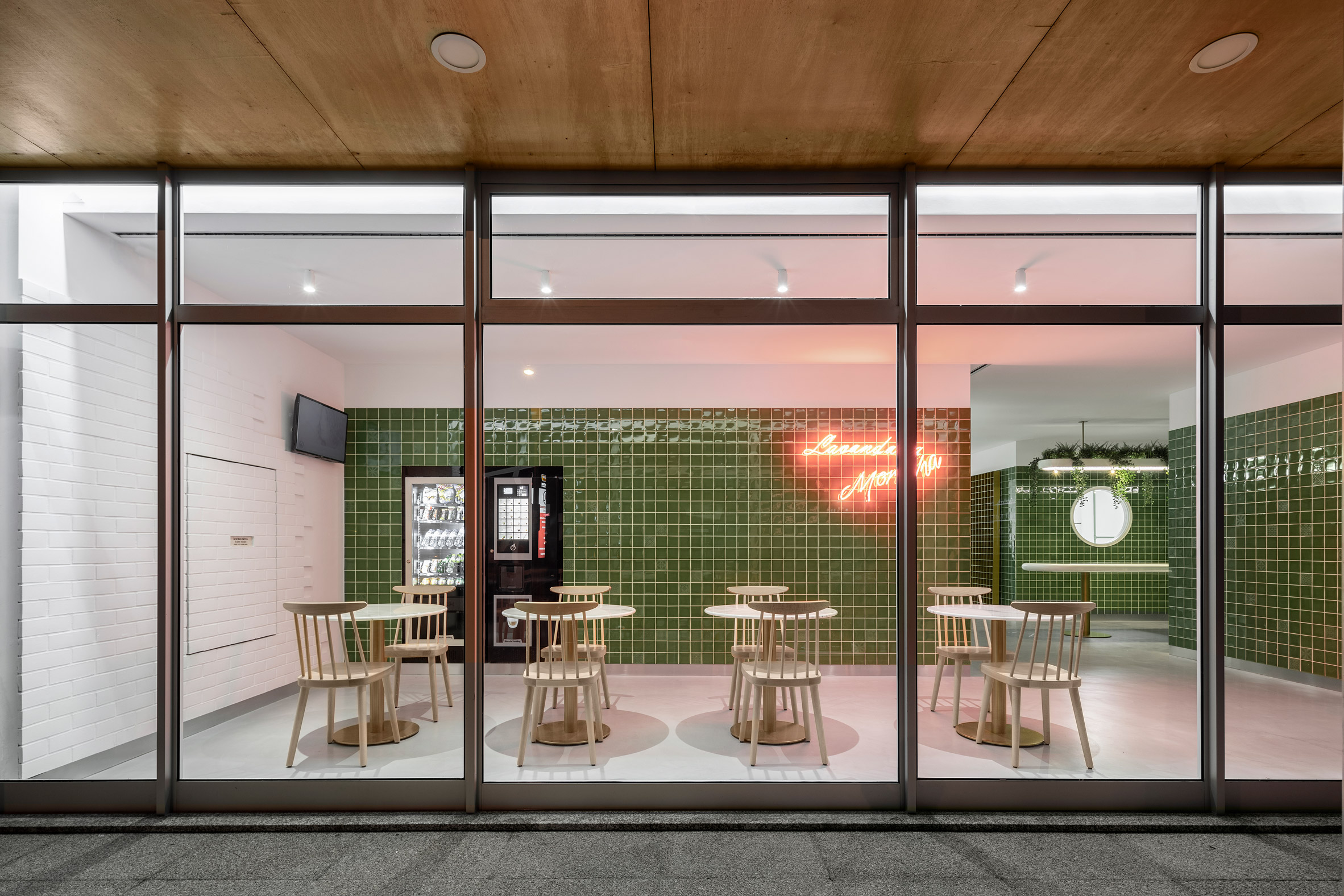 This isn’t the only stylish laundrette – 2018 saw the opening of Celsious in Brooklyn, New York, which boasts creamy-coloured walls, potted plants and Arne Jacobsen armchairs.

In 2013, design studio Pinkeye also completed the interiors of Wasbar, a pastel-hued laundrette in Belgium that includes a hair salon and cafe.

Photography is by Ivo Tavares Studio.