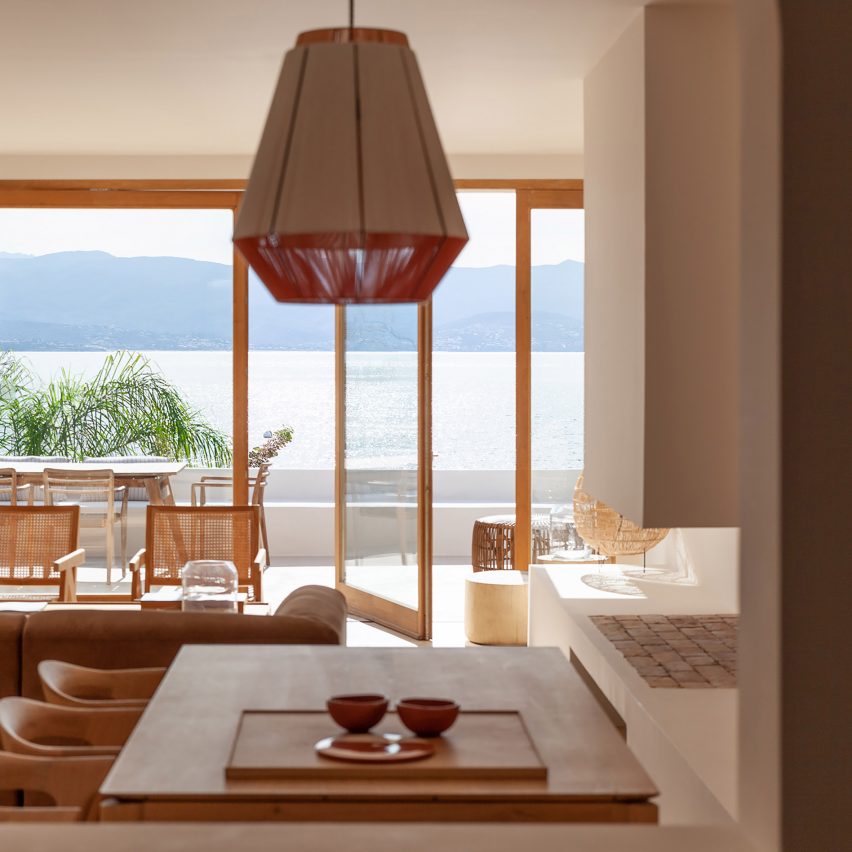 Casa Santa Teresa is located near Corsica’s capital, Ajaccio, and is nestled along the Route des Sanguinaires – a rugged strip of coastline dotted with villas and upscale hotels.

The 400-square-metre house was originally built in the 1950s but had been abandoned for several years, becoming overgrown with wild vegetation. 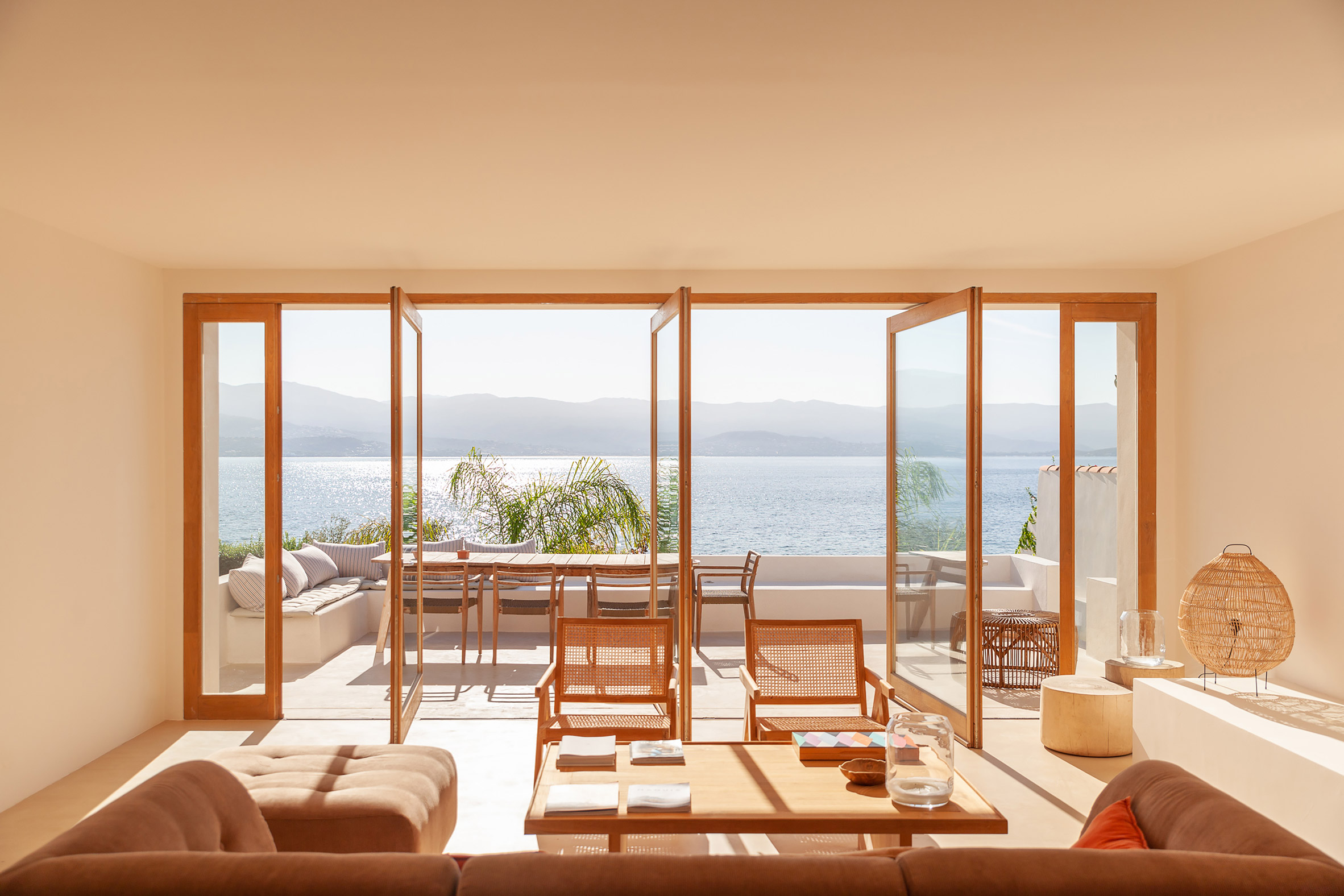 To transform it into a comfortable home for holiday-goers, architect Amelia Tavella had to completely gut the structure and demolish a majority of the partition walls.

“It had to be rebuilt without leaving behind vestiges of the past: its soul, its spirit,” said Tavella, who hails from Corsica and leads her own self-titled practice. 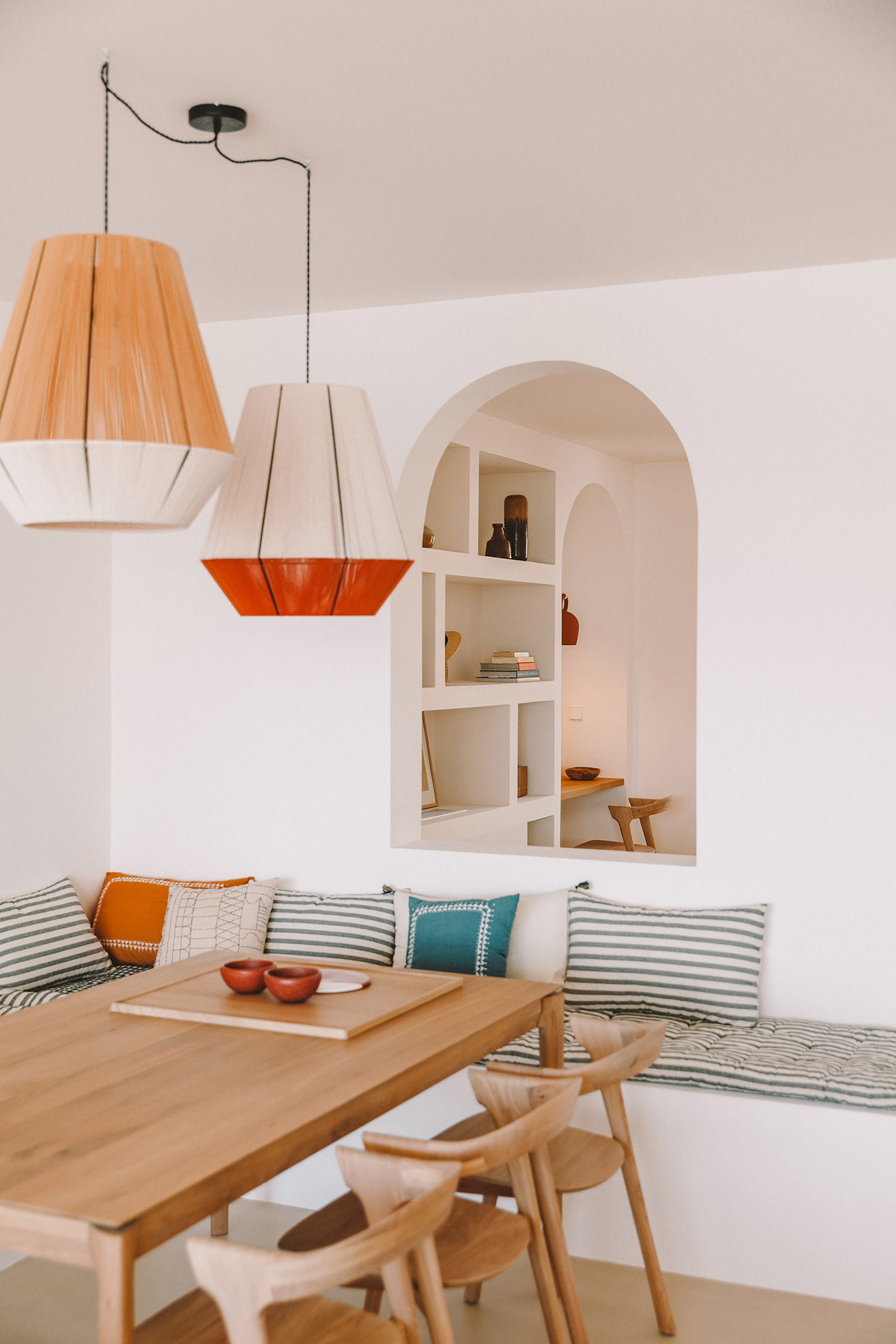 Inside, there is now an open-plan living area. At its centre is a tan-brown chesterfield sofa, along with a couple of cane-back armchairs. 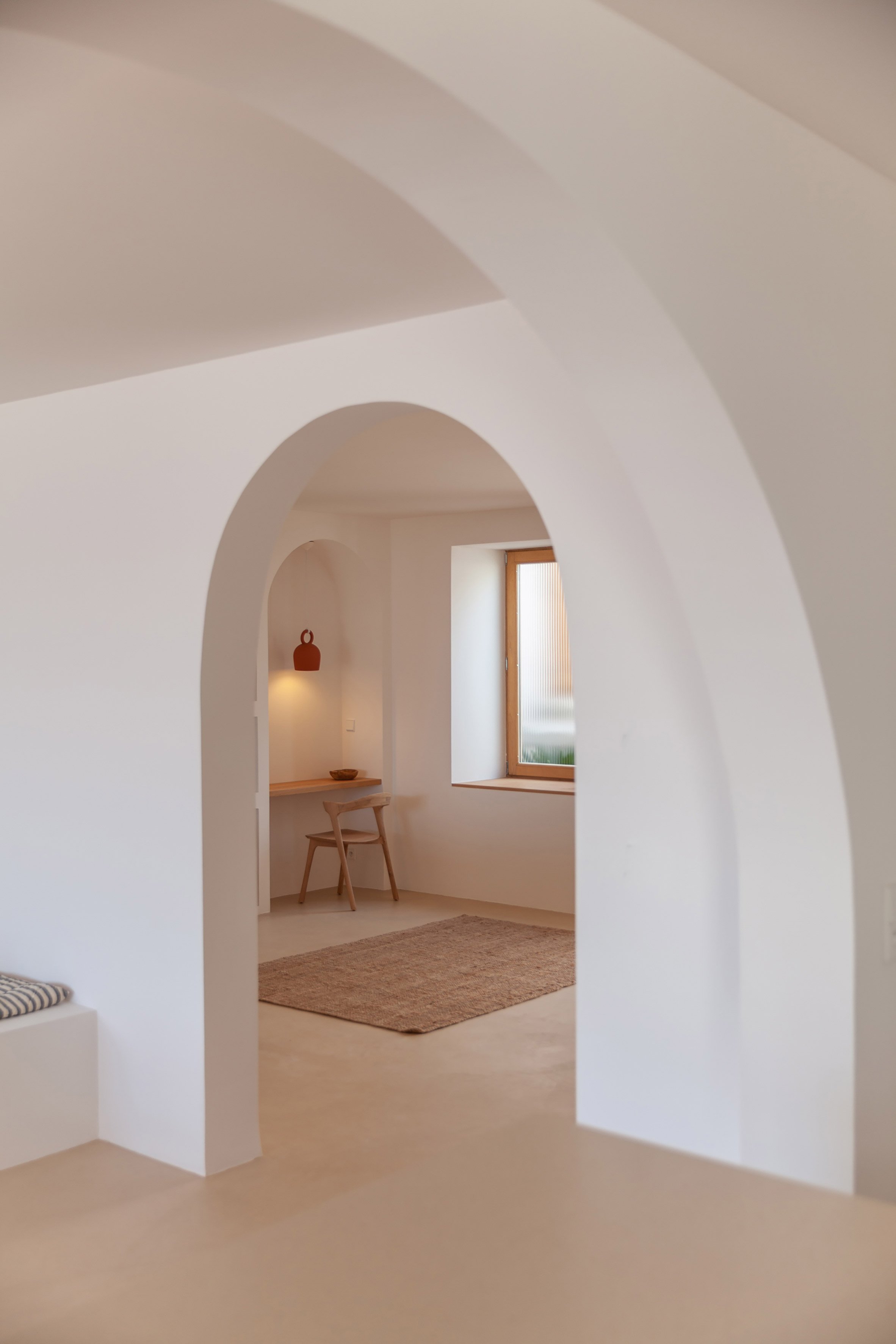 A chunky white plinth runs around one side of the room, forming an L-shaped bench seat for the dining area.

It’s topped by an array of striped, turquoise and burnt-orange cushions, which boldly contrast against the otherwise white-painted surfaces. 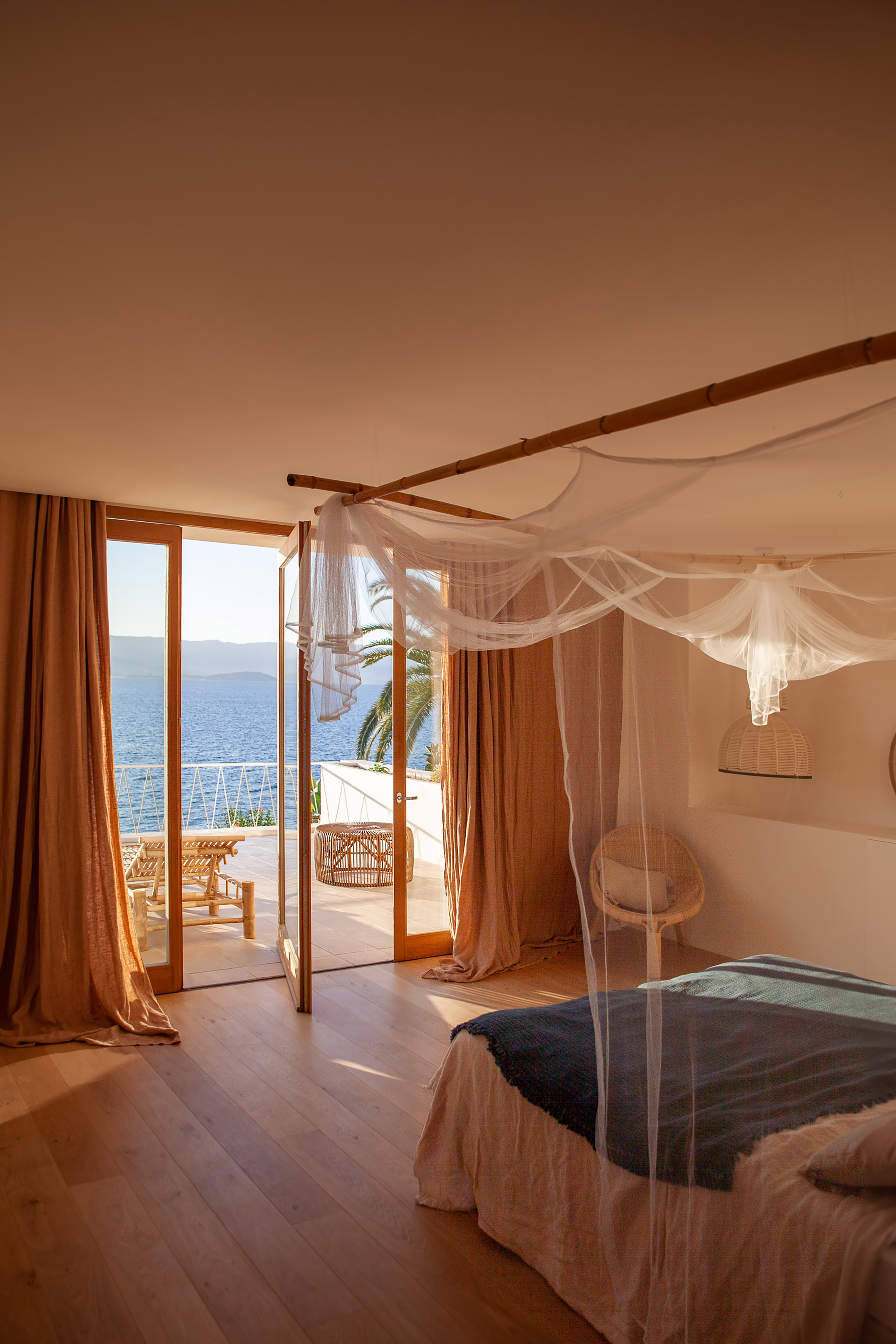 String pendant lamps that boast peach and red bands of colour have also been suspended from the ceiling.

A vaulted doorway then leads through to a study, where a desk has been built into an arched niche in the wall. 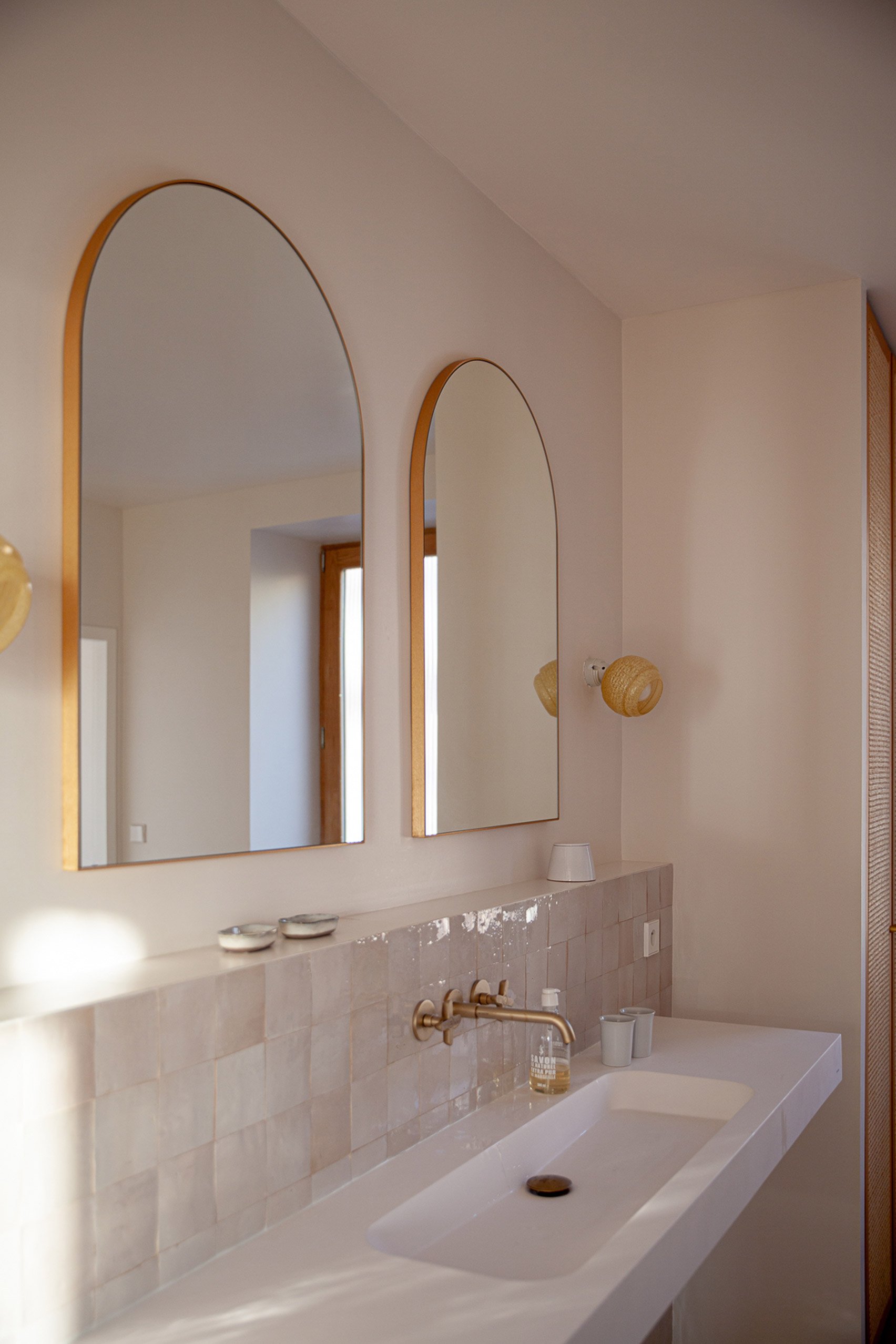 Keen to ensure that “interior and exterior are never untied”, Tavella has fronted this level of the home with a trio of timber-framed glass doors.

These can be pivoted to access to an outdoor terrace that has unspoilt vistas of the Gulf of Ajaccio. 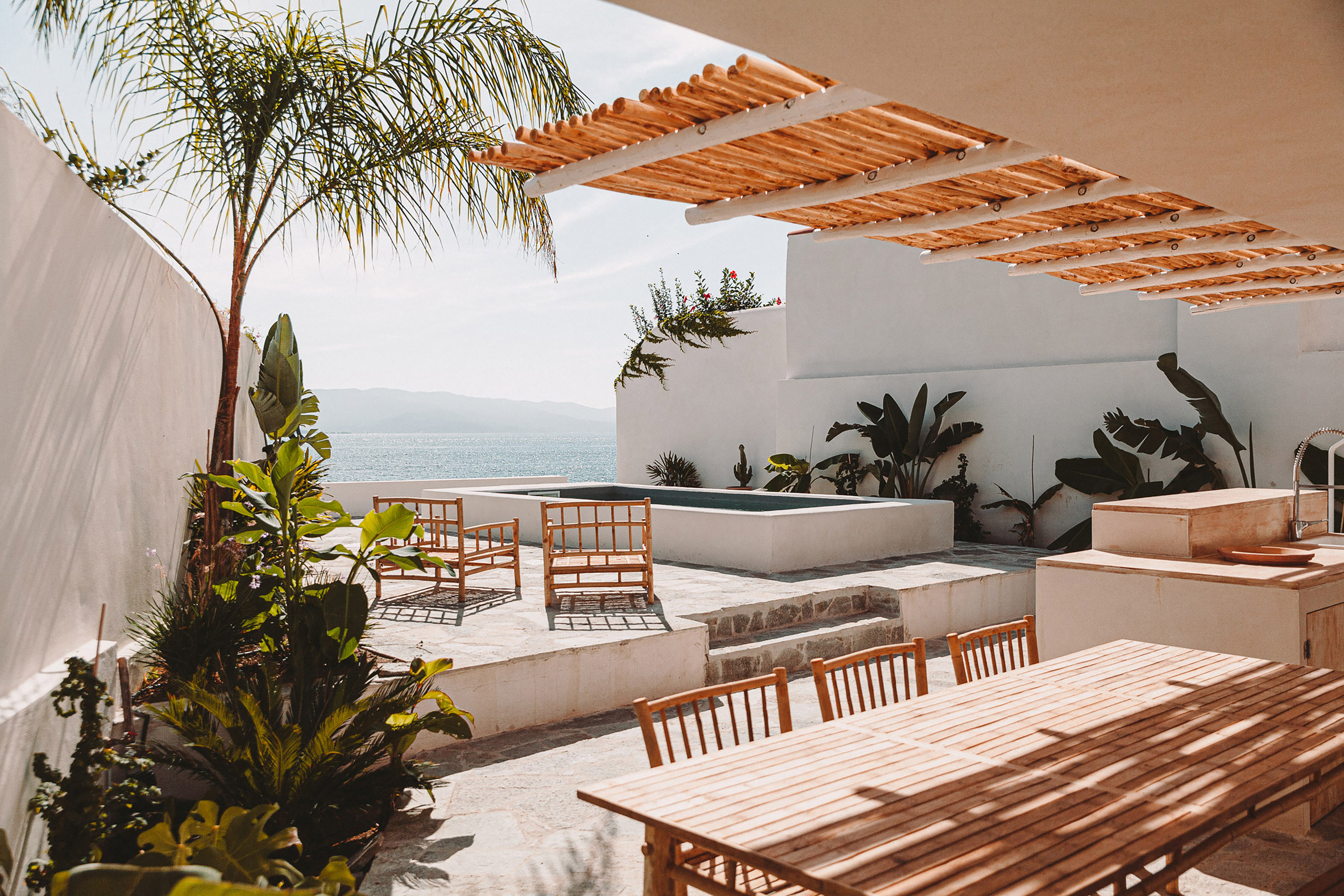 The same style of door features in the master bedroom – there are another four on-site – where the bed frame is surrounded by gauzy white curtains.

The adjacent bathroom has been finished with pearl-coloured tiles and arched mirrors, echoing the form of the doorway in the downstairs study.

An alfresco dining area and heated plunge pool can also be found at ground level. 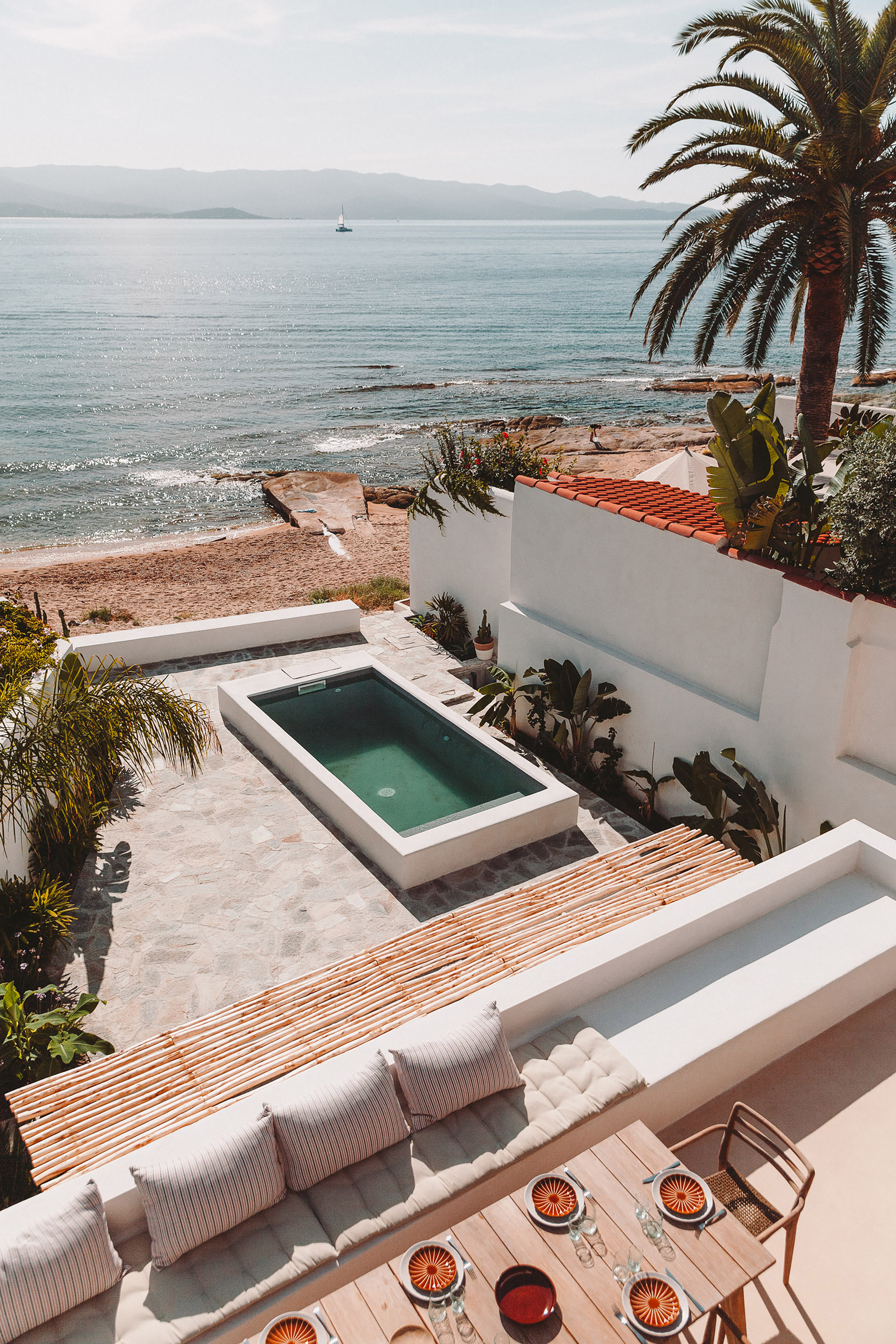 This isn’t the only project that Amelia Tavella Architects has completed in Corsica – back in 2018, it completed a school in the island’s Corse-du-Sud region.

Slotted between two century-old trees, the building is crafted from stones and battens of pinewood.